Grasping at straws in Texas

The Clinton campaign wants all the caucus signatures verified before the state convention on March 29th — and they want the convention postponed if that can’t happen in time.

In a letter sent to the state Democratic Party late Friday, the Clinton campaign requests the March 29 count and state Senate district conventions be postponed until the eligibility of an estimated 1 million caucus-goers are double checked.
The Clinton campaign wrote they received more than 2,000 complaints of violations following the historic Texas turnout, which was perhaps the nation’s largest caucus ever.

Contrary to what has been reported, Hillary Clinton did not take Texas, but she is perfectly within her rights to demand verification. However, cynical Polimom suspects her goal isn’t merely to delay the inevitable; I think she’s ultimately going to challenge — and attempt to nullify — the legitimacy of the Texas process itself. 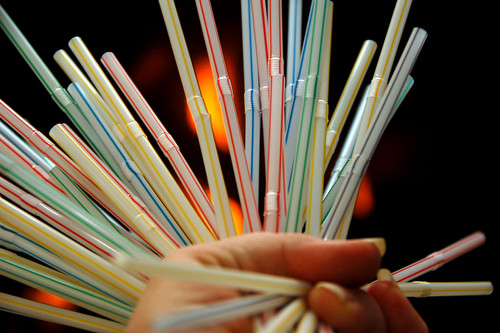 Good luck with that.

PolimomMediaMarch 15, 2008
You’d think folks would have figured this out by now. NEW YORK – The lawyer for the call girl linked to the downfall of Gov. Eliot Spitzer lashed out at the media on Friday for thrusting the 22-year-old woman into …
END_OF_DOCUMENT_TOKEN_TO_BE_REPLACED
1

PolimomElections, Race RelationsMarch 16, 2007
Steve Sailer, a racial-purity advocate of the subtle-like-a-brick variety, has an Obama smear piece running in the American Conservative. From it, we are evidently to conclude that Obama may (or may not) decide to follow his heart (rather than his …
END_OF_DOCUMENT_TOKEN_TO_BE_REPLACED
12

PolimomHurricanes, Local PoliticsSeptember 1, 2008
Power’s out this morning, in various parts of New Orleans and in front of the hurricane, and the lower coast is probably feeling the heat big time about now. Will Gustav track a tad east or west? Nobody knows, but …
END_OF_DOCUMENT_TOKEN_TO_BE_REPLACED

PolimomElectionsJune 8, 2008
In the aftermath of the Democratic nomination contest, just about everybody’s come forward with an analysis of what happened to Hillary Clinton. Her supporters see it as tragic proof that the US is deeply, unapologetically sexist, and/or that the election …
END_OF_DOCUMENT_TOKEN_TO_BE_REPLACED
1