In the aftermath of the Democratic nomination contest, just about everybody’s come forward with an analysis of what happened to Hillary Clinton.
Her supporters see it as tragic proof that the US is deeply, unapologetically sexist, and/or that the election was stolen. The comments on Hillary’s most ardent supporting blogs are filled with rage and bitterness. They say they’re going to exact revenge; support McCain; write in Hillary; bring down the Democratic Party.
Hillary’s detractors have written ad nauseum about how they perceive her as selfish and self-serving. She was vilified for staying married to a fornicator; for launching her senate career from a state in which she had to establish residency; for claiming executive experience from her years as “First Wife”.
For millions of people both for and against, Hillary Clinton’s campaign was unbelievably personal. How ironic, then, that it is the candidate herself who achieved the most personal triumph possible.
She individuated herself.
Bill and Hillary have been indelibly intertwined in the national psyche for nearly two decades. Everybody knew who she was, but for the most part the association was “Former First Lady”, or “Bill Clinton’s wife”… and she didn’t hesitate to leverage that name recognition heavily.
By launching under Bill’s banner, she necessarily had to leave space for his presence beside her, where he immediately (and unfortunately) sucked up all the light. The connection between them was crucial to the “inevitability” theme, but regardless of how one regards Bill Clinton’s presidency, that truly was not a compliment to Hillary as an individual.
It didn’t matter whether he was beloved or hated; a successful president or a failure. Relying upon his luminosity to launch her national campaign diminished her personally.
Her problem was not that she is a woman. That’s far too generic and shallow an analysis. The real pitfall was that she attempted to share a spotlight that already illuminated someone else — and that same someone cast an enormous shadow.
That is no longer the case.
When I think of Hillary Clinton these days, my first association is not her husband… and I couldn’t say that six months ago. Bill’s shadow is barely discernible to me today.
Hillary Rodham Clinton may have lost her party’s nomination, but she gained something that could never have been awarded via votes or delegates or donations.
She casts her own shadow now. Good for her. 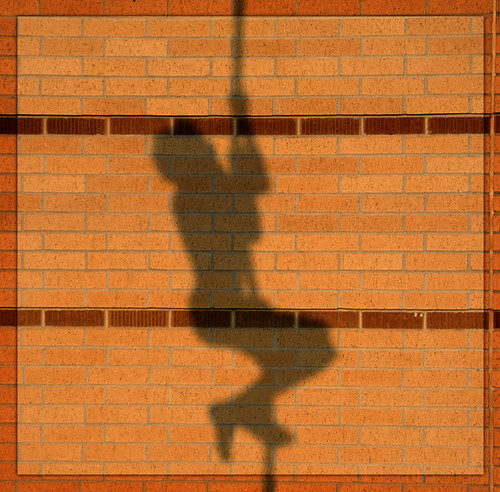 A weasel then? Or a weasel now?

PolimomElections, Politics (Historical)August 29, 2008
Okay. I’m back from vacation. But I’ve not returned to where I was, mentally — and watching Barack Obama’s speech last night brought that all the way home for me. Politically speaking, it was an extremely good speech. There were …
END_OF_DOCUMENT_TOKEN_TO_BE_REPLACED
6

PolimomElectionsJuly 12, 2008
You know people are losing their minds when they write things like this: The inclusion of Hagel on the official portion of the trip is guaranteed to further fuel speculation that Obama might pick a Republican as a running mate …
END_OF_DOCUMENT_TOKEN_TO_BE_REPLACED

PolimomElections, Politics (Historical)January 20, 2008
Given that the United States is the “leader of the free world” and holds up Democracy as the One True Path, one might reasonably think our nominating process would make at least a little bit of sense. Right? So why …
END_OF_DOCUMENT_TOKEN_TO_BE_REPLACED
1