I had my first “boyfriend” at 11.
I remember when he came to our house early one evening. I was there by myself (a pretty common occurrence by that age), and although it was still light outside, I was already prepared for bed.
Our front door had windows set into it, so when the knock came at the door, I could see who it was… and there was no CHANCE I could be seen in my jammies..! So I snuck and sidled from wall to angled wall, hoping he wouldn’t see me. The conversation, as I recall it, went something like this:

Polikid (hiding inside behind the door): What do you want?
Chip (or Skip?): I want to know if you’ll go with me. (“Go with me”, of course, was the precursor to “go out with me” — and they superceded the antiquated “go steady”. )
Polikid: Okay.

And that, as best I can recall, was the entire conversation.
Suddenly it was important that I look my best when I went ice-skating (which is how I knew him)… and at school, I was propelled abruptly into Popular status. Heady times!
And after a while, I broke up with him. He wanted me to kiss him and the very thought made my skin crawl.
Since AC and her BFF(s) cringe and howl (“EEWWwwwww”) at romantic scenes on TV still, I expect her reaction would be exactly the same…. and that, my friends, is a very good thing — because this morning, AC’s normal school gear was enhanced by a fairly large paper bag.
In it, along with 60+ (!?!) little Harry Potter greeting cards individually adorned with heart-shaped lollipops, were a couple of other things: a separate card (that took the better part of half an hour to find), and one very carefully selected and wrapped gift. AC agonized over these two items, because they are intended (of course) for a boy.
A very Nice Boy (NB), mind you, but a boyfriend nonetheless… and this is how their “relationship” launched:

BFF (whispering because they were in Science class): Psst! NB! Aren’t you going to ask her?
NB (red-faced, determined, and also whispering): Wanna go out, AC?
AC: Okay.

LOL!!!
This morning, watching AC walk down the sidewalk toward the bus-stop with her hair perfectly arranged (with just the right touch of messiness), I felt both old and young. Those heady days are decades behind me now, but the thrill still lives.
More than that, though — I’m so very reassured. However much our society has changed (and it has), some things really aren’t very different after all. 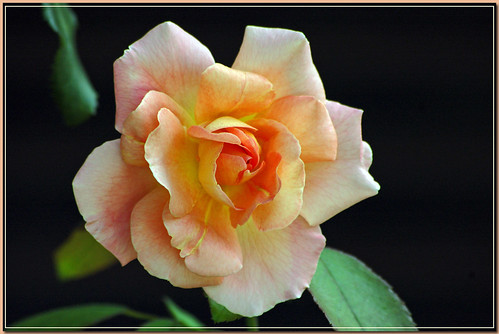 To everyone who, like Polimom, remembers that first special someone — Happy Valentine’s Day.

Obama support — but no Kool-aid

PolimomElectionsFebruary 13, 2008
Today, I took a step across the bridge separating online political interest from the real world, and agreed to consider being a precinct captain for the Obama campaign. Not sure yet where that will take me. I’m not a joiner …
END_OF_DOCUMENT_TOKEN_TO_BE_REPLACED
6

PolimomCrime and Justice, Local PoliticsFebruary 14, 2006
How broken do you suppose a Criminal Justice system can get? At what point does the problem get so bad that a state recognizes it has failed? Would this be bad enough? If the state can’t find more money for …
END_OF_DOCUMENT_TOKEN_TO_BE_REPLACED

PolimomCrime and Justice, SocietyJune 16, 2006
Houston has had a rash of gang-related killings. It’s getting harder to keep track of, but according to the Chronicle, we’re at six, now, in the last three weeks. Understandably, the community is concerned. “What’s happening to our children?”, they’re …
END_OF_DOCUMENT_TOKEN_TO_BE_REPLACED
8

PolimomReligionJanuary 27, 2006
So – lawyers for both the priest and the atheist have had their say, and a judge is now deliberating on whether the priest should stand trial for criminally misrepresenting a fictional Jesus. Was Jesus of Nazareth actually John of …
END_OF_DOCUMENT_TOKEN_TO_BE_REPLACED
4