Update:  Via a link provided by Glenn over at the Flickr page for this photo, it turns out the cool “Stonehenge” shots (as I thought of them) are of the Donnellan Grave Vault — a burial crypt for one of Houston’s early families:

The Donnellan crypt is a large vault made of red brick with a small wooden door in the lower right corner. A fine degree of workmanship is seen in the arched header to doorway which is boarded up with timbers. Located in the bank of Buffalo Bayou under the Franklin Avenue bridge at Louisiana Street, the vault has survived a number of phases of construction along the bayou, including the rechannelization of the bayou in the mid-1920’s. Remnants of former bridge pilings stand under the modern bridge and a concrete ramp extends from the water line to the base of the vault to prevent erosion from undermining the vault’s integrity.

I never, ever, spend any time in Houston.  It’s just so big…  so crowded….   so, well… urban!   This past weekend, though, a friend invited me to get out on the water in his inflatable canoe.
Turns out downtown Houston’s pretty danged cool from Buffalo Bayou! 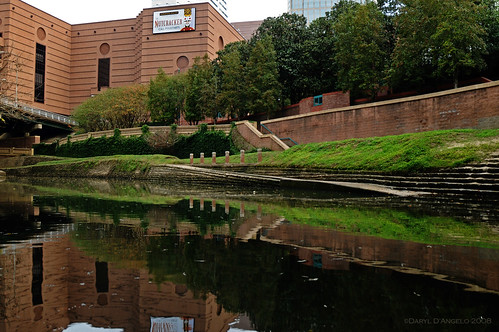 This is the same bayou that runs through my neighborhood, but it looks MUCH different out my way.

I was particularly fascinated by the way Houston’s been building bridges on top of bridges.  This is exactly why Rome has layers upon layers of archaeological history — though Houston’s obviously still in the very early evolutionary stages.  This, for instance: 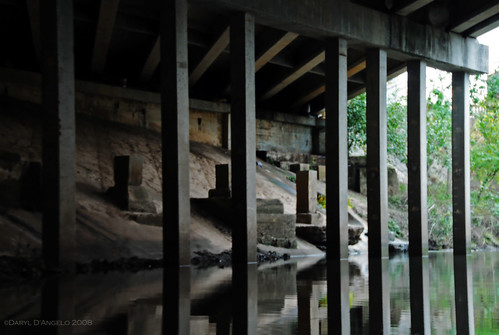 Such amazing light here —  I had to shoot it coming and going. (Added:  This is also the Donnellan Grave Vault.  See update above.)
And being told that we’d “sprung a leak” just as it was getting dark only added to the fun.  (LOL!)   Seriously — I’d do this again in a heartbeat.  The reflections were splendid, and the view of the city unique. 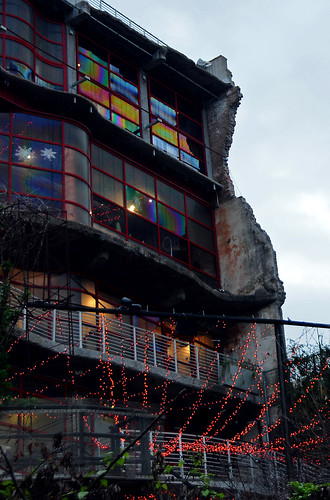 I may need to buy myself a little boat so I can get out and do this more often.
(Full set of images from this shoot viewable here.  Still bringing them online, though, as of this post.) All online that’re comin’.

"All the things Daddy does"

PolimomJust stuffDecember 20, 2008
Adorable Child at breakfast this morning: I hadn’t realized all the things Daddy does…” She said this (I’m a tad embarrassed to admit) because she was eating her waffles with a plastic fork.  All the “real” forks were in the …
END_OF_DOCUMENT_TOKEN_TO_BE_REPLACED

An update from the polls

PolimomLocal PoliticsMarch 4, 2008
I’m home taking a break for a few minutes, so I thought I’d put up something short and quick. My feet are killing me and the wind has transformed my hair into a hopeless snarly mess — but the weather’s …
END_OF_DOCUMENT_TOKEN_TO_BE_REPLACED

Solomon carved up the baby; of course, it died…

PolimomEnergy and Oil, Environment, Hurricanes, Local Politics, Politics (Historical)March 6, 2007
New Orleans’ Times-Picayune concluded its 3-part Special Report, Last Chance, on the disappearing Louisiana Coast today — a bleak, in-depth look at the hows and whys of the lost wetlands, and what has to happen if there’s any hope of …
END_OF_DOCUMENT_TOKEN_TO_BE_REPLACED
4

Hope is not a strategy

PolimomCrime and Justice, Hurricanes, Local PoliticsMarch 20, 2006
Polimom, along with other writers and bloggers, has worried at length about the dangers to New Orleans’ traditions and unique culture – a way of life that has been presented as “at-risk” from the feared Disney-ification of the new New …
END_OF_DOCUMENT_TOKEN_TO_BE_REPLACED
2