Way Too Hot! (On Vacation. Again.)

It’s funny (to me) that I’m writing this post outside on the back patio, on one of the first cool mornings I can remember this season.  If I didn’t have a broken foot, I’d be pulling my photography gear together and getting ready to go for a hike — probably in George Bush Park.
It’s probably just as well that I’m a tad gimpy right now. (Houston Chronicle)

Houston-area residents […] are sharing habitat this summer with hungry snakes driven from their customary turf by sizzling temperatures and scant rain.

I’m a snake-magnet.  I encounter them everywhere I go, and if they’re feeling grumpy, I really don’t need to be out there.
The good news, for those of you who freak out at the thought of snakes, is that the vast majority you’ll encounter around here are not venomous.    But every now and again… 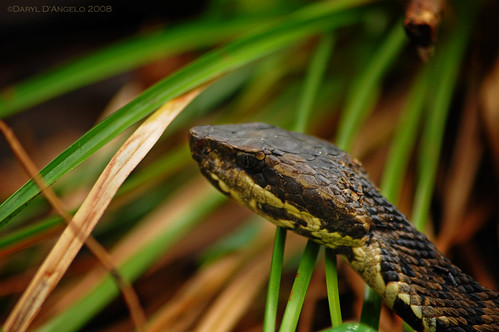 There isn’t the slightest doubt in my mind that there’s a cottonmouth out there in George Bush Park right now with my name on it.   But snakes aren’t the real reason I’m not going hiking this morning.  And since the ortho-guru tells me I can walk a little on my dumb foot, that’s not the problem either.
The truth is, the heat is killing me this year.
Folks, I’ve lived along the Gulf Coast, off and on, since 1973 — but I’ve never seen a summer like this one.   And while this coming week is forecast to be in the mid-90s (comparatively cool!), the 10-day forecast shows it heading right back up into the triple-digits by next weekend.
Yuck.
So…  I’m about to power down the computer and pack it into a carry-on, along with my trusty Nikon and 3 lenses.  I’m off again this morning, heading north — where I’ll be spending time in places like this instead. 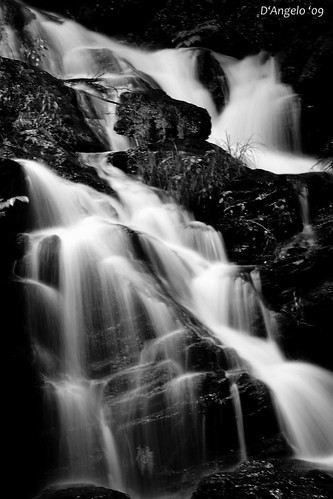 Mess With My Guy, I'll Sue Ya!

PolimomSocietyJuly 17, 2009
Maybe I’ve missed it, but I don’t recall ever hearing of such a lawsuit (Politico): The estranged wife of former Rep. Chip Pickering (R-Miss.), who served 12 years in Congress before retiring in January, has filed a lawsuit against his …
END_OF_DOCUMENT_TOKEN_TO_BE_REPLACED
4

PolimomWildlife and NatureSeptember 22, 2010
From almost the first day we arrived here, there’s been an enormous waterbird stalking our pond — no doubt because we have an abundance of these: Or should I say, we had an abundance. Daily visits to the smorgasbord have …
END_OF_DOCUMENT_TOKEN_TO_BE_REPLACED
8

PolimomJust stuff, Stupid stuffFebruary 13, 2008
If you had any doubts whatsoever that Hillary’s the underdog now, her increasingly desperate calls for debates with Obama should help dispel them. An opinion piece in the Wisconsin State Journal, though, made me laugh. Here’s part of their argument …
END_OF_DOCUMENT_TOKEN_TO_BE_REPLACED

OMG! And we voted these people in???

PolimomEducation, Local Politics, ReligionMarch 23, 2009
Hey Texas!  Look what our State Board of Education (SBOE) is up to!  From the WSJ: The Texas Board of Education will vote this week on a new science curriculum designed to challenge the guiding principle of evolution, a step …
END_OF_DOCUMENT_TOKEN_TO_BE_REPLACED
6