Sorry for the disappearing act!  Although Hurricane Ike allowed for a stunning sunset as the storm came in, it’s been a bit of a mess on the backside. 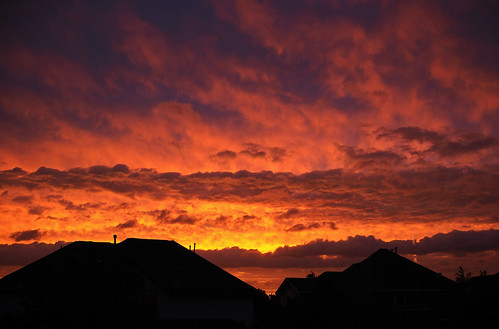 We came through the storm very well at Polimom’s, though some of our neighbors fared less well.  There’s some roof damage, and one neighbor lost nearly all the siding from his house.  Up the road a bit, there are blocks on end of fences blown down, and of course the tree damage is extensive. 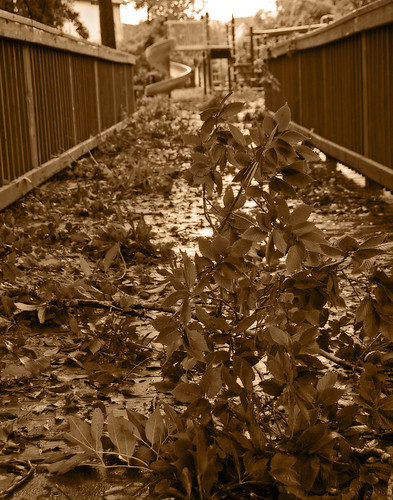 At our house, the power went off and on, and steadied up late Saturday afternoon… but we seem to be in a pocket.  Most of the folks around us do not have power, and the quiet evenings have been replaced with the hum of generators.  Phones have been coming and going, including the land line.
The biggest problem for us has been the cable / internet.  We finally got a portable television rigged so that we can hit a national network that isn’t looping the destruction in the area, but we’re still totally out of touch with things.  The company we hooked up with for dial-up before Ike hit on Friday dumped our account, so we couldn’t access anything.  (We finally called a different company and made it happen about 30 minutes ago!)
Katy ISD schools are closed, primarily because of the power problem.  At the moment, the kids are scheduled to go back on Wednesday;  we’ll see how it goes.  In the meantime, Adorable Child and her friends have had a non-stop slumber party, seems like.
We’re running ice and water over to my mother’s house.  She’s 71 years old, and chose to ride the storm alone at her house, and now has neither power nor water (though she, too, took a miss on major damage). The biggest challenge for her has been the stupid garage door, which is too danged heavy for her to lift.  We “untrapped” her yesterday afternoon, and she was like a little kid let out to play. 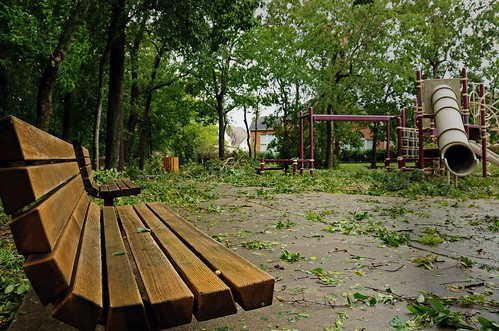 So — all in all, we’ve come through in good shape, and we’re just waiting for the many, many problems with the power grid and connectivity to be resolved.   Hopefully the dial-up will remain available to us, and we’ll get caught back up with the world (at a radically reduced speed…).

PolimomHurricanes, Local PoliticsSeptember 12, 2008
Since people continue to google in, wondering what to expect in and around Katy, here’s my best take on our situation: The 1pm advisories are out, and very little has changed.  Hurricane Ike is almost certainly going to hit as …
END_OF_DOCUMENT_TOKEN_TO_BE_REPLACED

Hurricane predictions are out (Don't panic)

PolimomHurricanesJanuary 16, 2006
Thereâs an interesting âLetter to the Editorâ? in the Houston Chronicle, in which a reader wonders, Why do we use the phrase “Katrina evacuee”? The people from New Orleans who moved here because of the devastation caused by Hurricane Katrina …
END_OF_DOCUMENT_TOKEN_TO_BE_REPLACED
2

PolimomHurricanes, Local Politics, Politics (Historical)August 25, 2006
Yesterday evening, Polimom’s IM windows were popping up all over the place about Nagin’s latest gaffe (airing Sunday on 60 Minutes): On a tour of the decimated Ninth Ward, Nagin tells Pitts the city has removed most of the debris …
END_OF_DOCUMENT_TOKEN_TO_BE_REPLACED
2