Although I’ve shot sports / action in the past (primarily swimming and volleyball), I’ve wanted to shoot football for some time — no doubt because I’m such a fan.  Wasn’t sure how to get into it, though, since it seems to be an area where you have to know someone, or already have experience.
So when I came across someone looking for photographers to cover Christian schools’ football games last week, I approached him with some trepidation.   I explained that I’d never shot football (much less at night), but that I had the gear and the motivation… and he said “Welcome!” 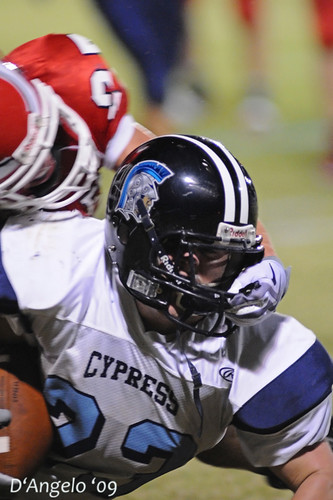 To say that I learned a lot Friday night would understate the curve rather dramatically.  I shot nearly 400 images, and dumped over half immediately.   Ack!
I learned that:  horizons are tough to keep straight with a monopod;  spectators at some games will stand nearly on the field and suddenly block your shot; shooting in a dimly-lit field makes my focus slower than I’m used to;  300mm can be TOO CLOSE;  and many other helpful tidbits.  LOL!
On the good news side, I ended up with roughly 100 that were worth uploading to the Lone Star Christian Sports Network (LCSCN.com). 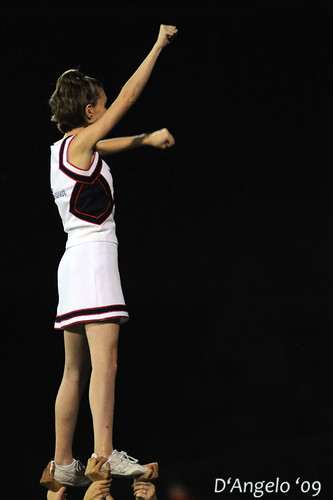 And on the even better news side…  I wasn’t totally discouraged.  Hopefully he’ll let me try again. 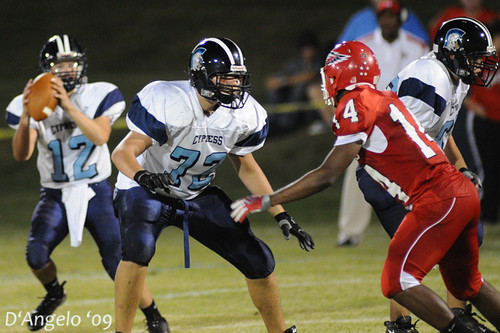 That probably means, though, that I’ll be busy on Friday nights for awhile.

PolimomPhotography, Wildlife and NatureSeptember 10, 2009
We have a beautiful Duranta bush in our backyard.  Since it’s right off the patio, and is covered with small purple flowers, the hummingbirds absolutely love it — so much so that I haven’t even put feeders out this year …
END_OF_DOCUMENT_TOKEN_TO_BE_REPLACED

PolimomJust stuff, PhotographyMay 4, 2009
I’ve now had a chance to see Caddo Pond in two seasons:  winter (late), and spring.  Spring is glorious: And for the record:  Realtors will stop and wait while you lay down in a field of wildflowers.  Or at least, …
END_OF_DOCUMENT_TOKEN_TO_BE_REPLACED
3

PolimomEconomy, Photography, Politics (Historical)October 1, 2008
The Senate is planning to vote this evening on a slightly modified version of Monday’s defeated bail-out bill.  They’ve added a couple of things. The bill adds new provisions – including raising the FDIC insurance cap to $250,000 from $100,000 …
END_OF_DOCUMENT_TOKEN_TO_BE_REPLACED
3

Finding beauty in the 'burbs

PolimomJust stuff, Local Politics, PhotographyMay 12, 2007
Living in the ‘burbs is hard for Polimom. The houses and neighborhoods look pretty much the same, the neighbors are so close you can hear them talking in their backyards, the restaurants are second-rate, and the main thoroughfares are lined …
END_OF_DOCUMENT_TOKEN_TO_BE_REPLACED
2