Driving home from some danged place or another a few days ago, I passed a large undeveloped field. Said field still had a patch of woods, but it probably wasn’t more than 10 acres or so — and about 30 feet out from the woodline was a deer. This deer’s home was abutted by a freeway to the south, a major N-S artery to the west, and subdivisions on the other two sides… and there was a massive “For Sale” sign on both corners.

For some time, then, man and animal have coexisted here, but clearly those deer (or maybe it’s just the one?) are about to lose their homes. The score will soon be Man 1 – Animal 0 on that corner.

I can’t help but wonder what will happen to that deer.

There are, however, match-ups in this eternal conflict in which man fares less well, and one of those is played several times a year at a certain intersection in Katy. 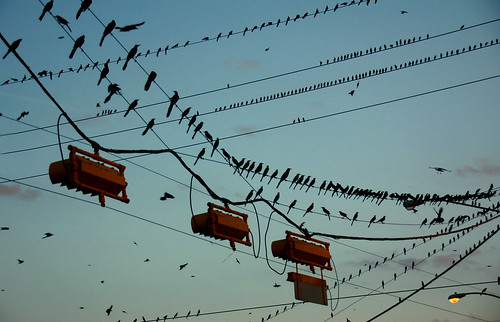 Near the end of the day, they flock here by the thousands — the hundreds of thousands — covering every available surface, filling the sky, and screeching raucously. By the time the sun goes down, the traffic signals are positively sagging under the weight; it’s an amazing sight. 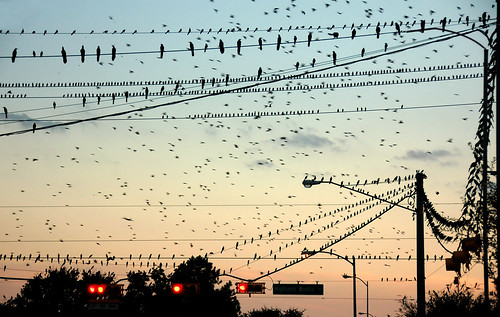 But I have to tell you something: As sure as I am that there’s a natural explanation for this regular event, there’s something about all those white bombs falling from the sky at one of the busiest intersections in town that make me think of that deer.

I think those birds are laughing… 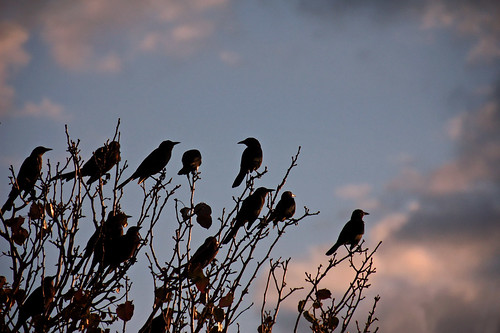 Polimomparenting, SocietyNovember 11, 2007
Some months ago, Polimom’s Adorable Child (AC) lost her temper and slammed a door as she exited. It wasn’t the first time — not by a long shot. I did, however, want it to be the last, so Polimom told …
END_OF_DOCUMENT_TOKEN_TO_BE_REPLACED
2

Off to meet the Queen

PolimomJust stuffMarch 7, 2006
Polimom and Adorable Child (AC) left for London last night, unfortunately leaving Dear Husband (DH) behind to hold the fort (and earn the $). This entry is posting in absentia. Since our apartment will have wireless broadband access, Polimom’s plan …
END_OF_DOCUMENT_TOKEN_TO_BE_REPLACED
2

PolimomHumor, parentingMarch 28, 2009
Adorable Child stayed at a friend’s house last night, so she doesn’t yet know what’s waiting for her here at home. Polimom and Dear Husband, otoh, have known about this since 4:30 am, when the doorbell rang.  And when we …
END_OF_DOCUMENT_TOKEN_TO_BE_REPLACED
9

A Morning with Goldenrod

PolimomFamilyAugust 27, 2010
Okay.  So.  This turns out to be hard. *deep breath* Something’s changed the last few days with Goldenrod.  She’s MUCH much weaker, she’s suddenly sleeping a great deal, and she seems to have lost interest in any of the things …
END_OF_DOCUMENT_TOKEN_TO_BE_REPLACED
11