Yesterday, I got all caught up in a global economy story.
Evidently, while Americans are yelping about $3/gallon gasoline, there have been food riots in places as varied as Uzbekistan or Mexico, and rice farmers have taken to guarding their fields in Vietnam.
Like all supply and demand equations, there will be winners and losers. In the US, for instance, global shortages could be a bonanza for those farmers who still produce grain for human consumption… and I found myself wishing my town could be part of that economic uptick.
Sigh… As if. 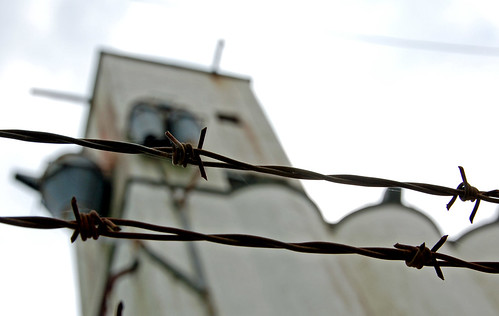 It’s odd, but it somehow feels as if the Katy Rice Dryers have always been here — and simultaneously that they’ve always been abandoned.
Neither is true. Rice farming didn’t come to Katy until 1901, and the dryers that so dominate the local “urban” landscape have been closed only 1 to 15 years, variously. One hundred years. A mere century.
An eon… because what they represent is gone for good. 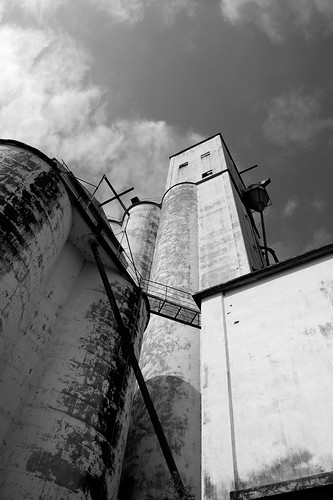 These rusting, overgrown hulks are our collective community conscience. They remind us that each day, a little more land is lost — sacrificed to the Houston sprawl.
Development out here is so rampant, it sometimes seems as if magical construction brownies are at work while we sleep, replacing vast tracks of land with little lot-marker flags and circular mini-neighborhoods overnight.
Katy’s become the land of cookie-cutter houses and designer window treatments. 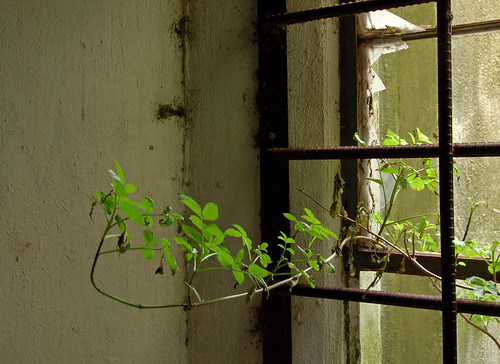 As farmers have sold off, there’s been ever-less need for commercial support for the crops once produced.

It seems unlikely that these iconic symbols of the recent yet impossibly-distant past will survive the growth and commercialization out here. One morning soon, I fully expect to waken and find that office buildings or strip malls have replaced them, leaving behind only their ghosts and memories. 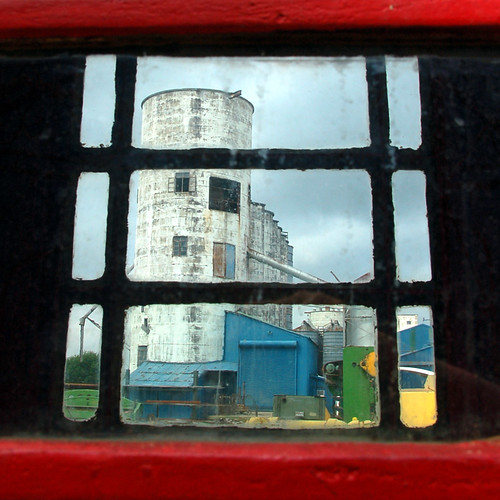 As long as they still stand, though, they’re a stark testimony to loss… and their presence plaintively, poignantly, forcefully asks us whether the sacrifice has been worth it.

PolimomEconomy, Energy and Oil, Politics (Historical)April 2, 2008
Update: Since I was free and easy with the smacks on the Houston Chronicle yesterday, it’s only right to mention that the Chron’s editorial on this topic is bang on. You can read it here. * * *   Ah …
END_OF_DOCUMENT_TOKEN_TO_BE_REPLACED
3

It's not just a Landrieu "thing"

PolimomLocal Politics, Politics (Historical), Race RelationsMay 10, 2006
Over at Your Right Hand Thief, oyster has asked an excellent question: I’m puzzled by claims that assert New Orleans’ “decline” occurred recently. In terms of per capita wealth, the city “peaked” in the 1850’s; it was the highest of …
END_OF_DOCUMENT_TOKEN_TO_BE_REPLACED
1

PolimomEconomyMarch 18, 2008
In the face of the uncertainties in today’s economy, reader / blogger Enrico Hale shares some investment ideas with us today — and invites us to share our own. I recommend gold. In pillowcases.
END_OF_DOCUMENT_TOKEN_TO_BE_REPLACED
7

PolimomHurricanes, Local Politics, SocietyMay 11, 2006
Boyd Blundell has written one of the best articles I’ve ever read. It’s about a family called the Nolas… Even if you read nothing else today, you should read this: Being Poor Like the Nolas * * * * * …
END_OF_DOCUMENT_TOKEN_TO_BE_REPLACED
1