The Senate is planning to vote this evening on a slightly modified version of Monday’s defeated bail-out bill.  They’ve added a couple of things.

The bill adds new provisions – including raising the FDIC insurance cap to $250,000 from $100,000 – and will be attached to an existing revenue bill that the House also rejected Monday, according to several Democratic leadership aides. [Snip…]
The revised bailout bill also includes a “Mental Health Parity” provision, which would require health insurance companies to cover mental illness at parity with physical illness.

What’s wrong with this picture? 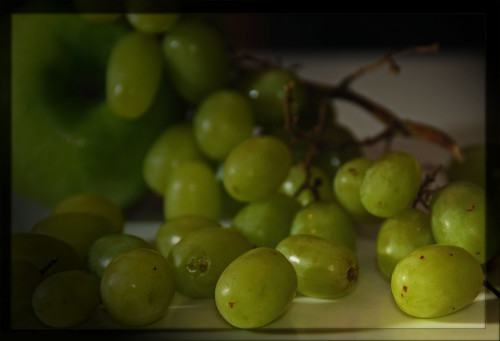 I mean… I like apples as much as the next person, but weren’t we talking about grapes?

Update:  Now that the bill is available online, I’ve expanded rather a lot on this post at The Moderate Voice.

PolimomparentingSeptember 29, 2008
Adorable Child and her friends frequently tell Polimom stories about incidents and interactions in their middle-school (and high-school) worlds.  Sometimes the stories are funny… but far more often — and ever-more frequently — they’re not. I can’t remember ever sharing …
END_OF_DOCUMENT_TOKEN_TO_BE_REPLACED
3

PolimomPolitics (Historical), SocietyOctober 13, 2006
Ah! It’s all coming clear now… the cover-up of Foley’s activities over the last decade was orchestrated by gays who have infiltrated the GOP. It’s a plot! They fooled people by masquerading as Republicans when they’re really “closeted Dems” (from …
END_OF_DOCUMENT_TOKEN_TO_BE_REPLACED
11

PolimomElections, Politics (Historical)January 20, 2008
Given that the United States is the “leader of the free world” and holds up Democracy as the One True Path, one might reasonably think our nominating process would make at least a little bit of sense. Right? So why …
END_OF_DOCUMENT_TOKEN_TO_BE_REPLACED
1

PolimomLocal PoliticsFebruary 16, 2008
Okay… I’m on my fifth jumbo-sized box of Kleenex in 3 days, and I’m starting to think this is something more than an annoying cold. Dang it! But I felt well enough for awhile this morning to get to an …
END_OF_DOCUMENT_TOKEN_TO_BE_REPLACED
3