As the parent of an increasingly angst-ridden adolescent, I think this was the hardest thing I’ve read in a long time:

When Megan’s mother returned home, she found her daughter crying at the computer. After reading the messages, she criticized her daughter for using inappropriate language, Banas said.
Telling her mom that “I can’t believe you’re not on my side,” Megan ran upstairs and hanged herself, Banas said.

I’ve confronted this situation already more than once — Adorable Child upset about an online communication from a “friend”, she reacting and lashing out at the sender, me trying to guide her future behavior, and ultimately AC reading me the riot act as she stormed out and escaped to her room.
I’ve even worried about this precise scenario. I can’t imagine how that Mom is going to manage the pain in her heart and soul.
People can be horribly cruel to one another, even without the added fillips of manufactured identities and maliciousness. Life can be hard enough to handle when one is emotionally grounded, and positively overwhelming when one is not.
But however much we want to place the blame on someone else (even, or perhaps especially, ourselves), suicide stems from that most private of places: our own minds. 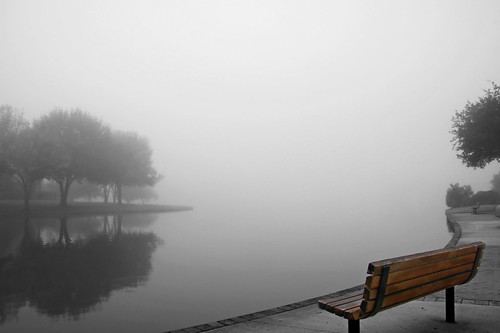 And that can be a very lonely place.

PolimomparentingDecember 1, 2007
The day after Thanksgiving, Polimom’s blog began receiving many visitors via Google searches. The search term most frequently delivering them here is “What to get teens for Christmas”. Ahem. Good luck with that. In fact, since Polimom is now the …
END_OF_DOCUMENT_TOKEN_TO_BE_REPLACED

Adding color to a black and white world

PolimomCrime and Justice, Current events, parenting, SocietyFebruary 15, 2008
As AC was getting ready to leave for school this morning, I took a moment to talk to her about yesterday’s shootings at Northern Illinois University. I didn’t want her to hear about it on the bus or in the …
END_OF_DOCUMENT_TOKEN_TO_BE_REPLACED
1

PolimomBlogging, Crime and Justice, Immigration, Local Politics, parentingMay 24, 2006
Some days, it’s hard to figure out what makes sense to post where… and when I put something on the Chron, I’m afflicted with guilt. (Pretty strange, I know. Can’t explain some things…) So, in case you’re wondering whether I’m …
END_OF_DOCUMENT_TOKEN_TO_BE_REPLACED

Polimomparenting, Politics (Historical)November 3, 2006
AC and a friend dashed into the house, grabbed a laptop, and zipped out front into the grass. They were (she tossed over her shoulder on the way out) writing a letter to the President: Dear President Bush, We may …
END_OF_DOCUMENT_TOKEN_TO_BE_REPLACED
3