What I've been up to…

The last couple of weeks, I’ve been pretty intensely focused on mastering the wonderful Christmas gift received this year from Dear Husband. Although I’ve been shooting digitally for almost four years, moving to an SLR was a vast technological leap, and there’s been a lot to learn.
However, the incredibly steep photography learning curve is finally starting to reduce its angle, and my shots are getting consistently better. Here are a couple from this weekend, for instance: 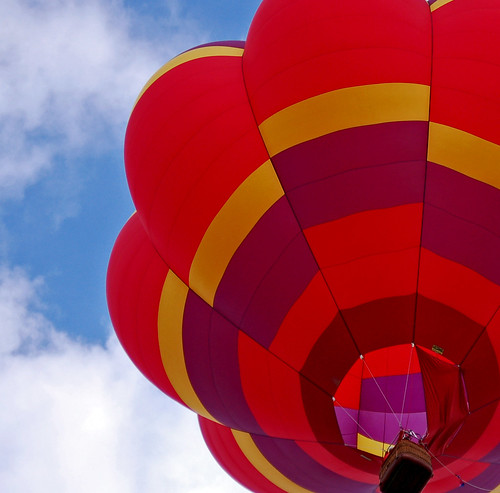 This hot air baloon came sneaking up on me yesterday morning as I was enjoying my first critical cup of coffee. The version above is cropped from a full shot (also on my Flickr site), but this is my favorite.
And last night, I went out of my exurban location, hunting for a likely sunset site so I could practice those again. This time, though, there were some clouds…

And last, but ohmygoodness not least — I’ve been trying for two weeks to capture various night scenes, in which there were one or more much brighter objects — and every single time, the brighter objects flared and overexposed. It’s been driving me crazy! So after shooting the sunset last night (a session that included numerous failed shots of the moon), I set up in my own backyard and decided to solve the problem.
Turns out that my Nikon D50 defaults to a matrix light-metering mode, which means it reads the whole scene and tries to include/balance all the light sources — a very bad idea when something as bright as the moon is in the scene. So I changed it to spot metering. 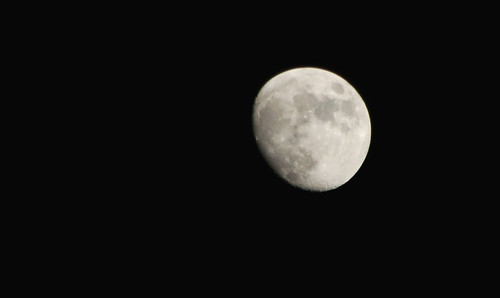 The exposure time went from 20 seconds or so to 1/250th!!!!!!! No wonder it looked flared and fuzzy!
All in all, I think I’m improving rather a lot better with my digital toy now. What do y’all think? Looking any better?

PolimomPhotographyApril 23, 2007
When’s the last time you looked up whilst sitting about on your porch at night? You realize you’re being watched…. right? No, you’re neither as alone, nor as lonely, as you feel… I’m good with that. (And I think I’m …
END_OF_DOCUMENT_TOKEN_TO_BE_REPLACED
7

Night: Learning on the Prairie

PolimomPhotographyApril 21, 2007
So — my travails along the unbelievably steep learning curve continued last night, as I went out for the first time ever to shoot long exposures and the sunset. I’ll show you some of the shots, and then I’ll tell …
END_OF_DOCUMENT_TOKEN_TO_BE_REPLACED
9

PolimomPhotographyFebruary 19, 2009
For years, Dear Husband and I have talked about finding a bolt-hole for Polimom.  My heart just needs a place with trees and mountains where I can hike for hours and disappear into nature. By definition, this “hole” needs to …
END_OF_DOCUMENT_TOKEN_TO_BE_REPLACED
4

Pink for the Cure