I’m getting this out even later than I did last week, thanks to the increasing madness in the presidential election.  (I’m a raving political junkie these days, I guess.)
First, a summary of last week.  Because I differed so widely from The Golden Coin (TGC), I predicted that either the Coin or I was going to have a terrible week.  I was wrong:  we both had a mediocre week (though mine was even more so).  TGC went 9-7 (28-19 to date), while Polimom was 8-8 (29-18 to date).
Since my differences of opinion aren’t always totally random, though, I’ve decided to include my picks, where they differ, as a regular feature (or bug, depending…). 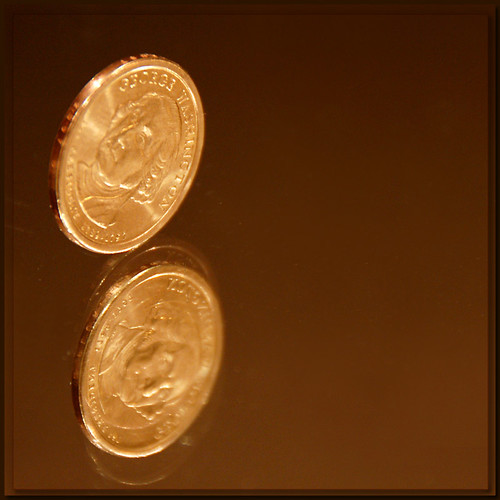 Here are this weeks flips*:

Polimom went with Cleveland here, but I don’t have a single good reason for it.  I did this last week with Cleveland, too, so I’m hoping for some help from the law of averages…

TGC has lost its mind.  Seriously.

Another place where Polimom and TGC fail to “see” eye to eye.  This, though, is likely to be a very good game.

See the commentary directly above.  Boring, I know…

The Coin and I are having a running argument.  It never seems to pick NOLA.  Conversely, I always do.  Last week’s game in Denver, though, showed a very strong Saints team, in spite of the loss recorded for posterity. Geaux Saints!!

I’ve got Philly.  My only rationale for this pick is that I didn’t pick them the last two weeks in a row, and got burned.

That’s an awfully big spread for what’s expected to be a low-scoring game.  Polimom thinks TGC got dizzy from all that spinnin’.

* As always — the home team is in CAPS, and point spreads apply.

PolimomElections, Politics (Historical)September 27, 2008
Before I’d even taken my sandy-eyed, exhausted self off to bed last night, the McCain campaign came out with a post-debate ad.  (You can view it here.)  In it, he quotes Obama’s several “McCain is right” lines, and spins himself …
END_OF_DOCUMENT_TOKEN_TO_BE_REPLACED
2

PolimomPhotography, SportsSeptember 20, 2009
Although I’ve shot sports / action in the past (primarily swimming and volleyball), I’ve wanted to shoot football for some time — no doubt because I’m such a fan.  Wasn’t sure how to get into it, though, since it seems …
END_OF_DOCUMENT_TOKEN_TO_BE_REPLACED
5

PolimomSportsDecember 6, 2007
Last week, at 11-5 against the spread, the Golden Coin outperformed Polimom yet again. In fact, Polimom’s only beat the Coin once in the last 3 weeks (since I started using it), and that was Week 12. (The Coin went …
END_OF_DOCUMENT_TOKEN_TO_BE_REPLACED
2

PolimomSportsNovember 22, 2007
During last year’s football season, Polimom posted picks every week against the spread. Since I ended up second overall in the pool, I was okay with sharing my “expertise” (LOL!!) with the virtual world. This year, not so much. Polimom …
END_OF_DOCUMENT_TOKEN_TO_BE_REPLACED
1