The Institute for Creation Research is unhappy and by gosh, they’re not gonna put up with this horrible discrimination (Houston Chronicle):

A Bible-based school and research institute has asked the Texas Higher Education Coordinating Board to reverse its decision not to allow the school to offer a master’s degree in science education. [snip]
Institute spokesman Lawrence Ford said the voluminous appeal — it is 755 pages long, including supporting documents — is based upon a claim of “viewpoint discrimination.”
The appeal described the board’s decision as “academic (and religious) bigotry masquerading as Texas Education Code ‘enforcement.’ ”
Board members and staff are accused of denying the request in April because the institute and its leaders believe the biblical version of the Earth’s creation is literally true.

Gee. Can’t think why those narrow-minded folks would suggest a literal reading of Genesis doesn’t fall under the heading of “Science”… especially considering their request was initially approved in December (NY Times):

HOUSTON — A Texas higher education panel has recommended allowing a Bible-based group called the Institute for Creation Research to offer online master’s degrees in science education.
The action comes weeks after the Texas Education Agency’s director of science, Christine Castillo Comer, lost her job after superiors accused her of displaying bias against creationism and failing to be “neutral” over the teaching of evolution.

That crazy Ms. Comer, thinking science and theology are different subjects, eh?
In other news, the world is flat. 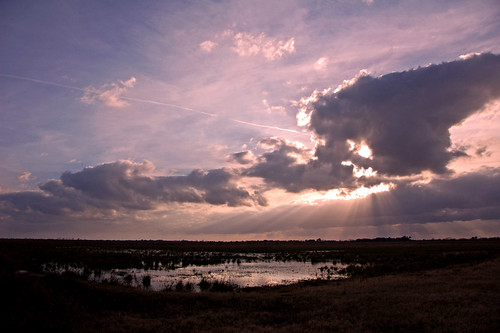 PolimomJust stuff, Stupid stuffJune 2, 2008
Since mid-May, a decent amount of effort has gone into creating yet another internet rumor about Barack Obama. Orchestrated again by the self-aggrandizing Larry Johnson (who’s name almost never appears in print without the “former C.I.A.” modifier), the hope seems …
END_OF_DOCUMENT_TOKEN_TO_BE_REPLACED
1

Two guys walk into a bar…

PolimomHurricanes, Local PoliticsFebruary 25, 2006
Houston is confusing Polimom half to death lately. Between the Chronicle’s myopic editorial and Eric Berger’s provocative article yesterday (and reactions to them), one would think that Houston had unlimited choices when they finally started evacuating people from New Orleans …
END_OF_DOCUMENT_TOKEN_TO_BE_REPLACED

PolimomReligion, SocietyNovember 27, 2006
Every year, I buy at least three boxes of greeting cards: one for the kids, with Santas, reindeer and snowmen with goofy expressions; one for my religious friends, with traditional Christian greetings and/or pictures of baby Jesus; and a third …
END_OF_DOCUMENT_TOKEN_TO_BE_REPLACED
3